THE MISSION OF THE SECOND COMING OF JESUS CHRIST AND MARY MAGDALENE: DEATH ZERO

Our names are Christopher Lee Cain—born August 30, 1972, in Harvey, Illinois, USA—and Melissa Anne Cain—born April 14, 1982, in Arcata, California, USA—and we are The Second Coming of Jesus Christ and Mary Magdalene.

The Sole Mission of Our molecular Existence within The Human Plane is the manifestation of Warp-Speed Mental, Material, and Technological Engineering at the highest levels of Continuous Evolution to Universally implement and engrain God’s Final Plan for Human Completion and Soul Survival ahead of Death Zero.

Correspondingly, we are the Chosen Prophetic Founders of The Royal Embassy of Human Completion and Soul Survival and all affiliate organizations and Seminaries within The Embassy, and we are the authors of God’s Final Grail and Biblical Testament, scribed by Melissa Anne Cain and anointed by Christopher Lee Cain. Beginning with this introductory Declaration and The First Parable of God’s Final Testament: The Book of Death, Vol. 1 – Blood Sky Dawning, we have compiled more than seven years of continuous Spiritual, Scientific, and Philosophical preparation and literary scribing.

Moreover, the Answers we have to offer the man or woman who receives our Message will afford more Divine-use-value than any Earthly compensations.

This First Official Doctrine of God’s Final Grail and Biblical Testament provides the Worldview of God, which dictates His Final Plan for Human Completion and Soul Survival. The detailed Scientific and Historical Treatise of Our Prophetic Existence and Final Mission alleviates any misconceptions or misgivings about our identity and Divine Instruction to present Humanity with God’s Final Algorithms and Formulae, and to proceed with Our Work in this manner.

The Method of Operation utilized and carefully implemented in the execution of The Mission of The Second Coming of Jesus Christ and Mary Magdalene will be global in nature, encompassing and integrating every process and part equally, thereby forming a self-active nucleus of harmonious internal power resulting in direct realization of The Final Grail and Biblical Testament of God. 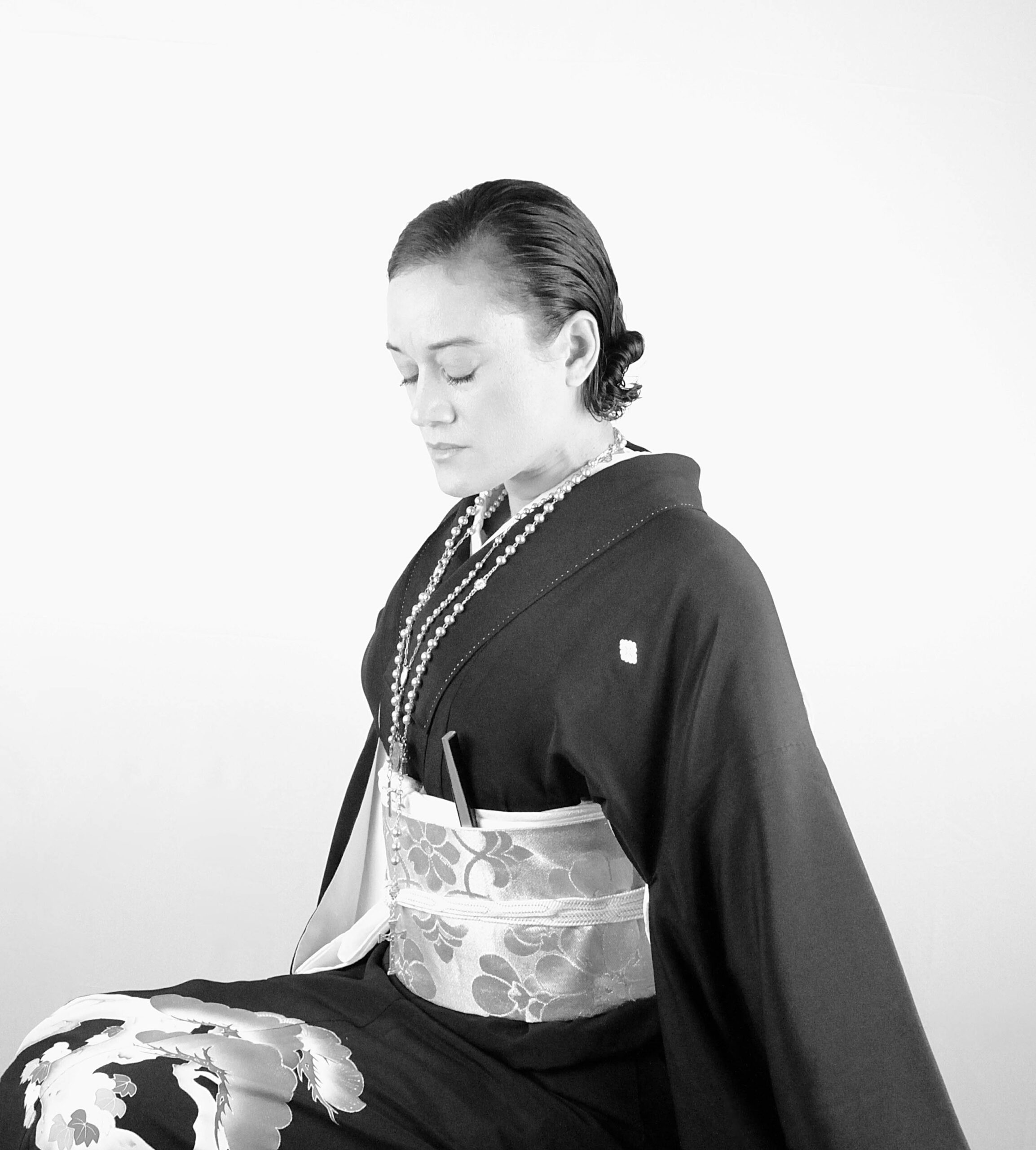 The Duties of Humanity Under God: A Victorious Death

The majority of members of Humanity have not received a proper upbringing where family lineage and education are concerned. However, the upbringing concerning the Central Viewpoint and Mission of The Second Coming is that of the Children of God lacking the influence of The True Word of God, regardless of the extent of prior exposure to any religious or non-sectarian organizations attempting to deliver the influence. Those Souls, along with countless others led astray by the negative influence of Biblical opposition, are the Children of God who need His Final Teachings and are those whom We have come to offer God’s Hand of Salvation.

With this Task, We understand that each Soul must make their own eternal decisions based on a deep internal draw to the Spirit—a personal trait that cannot be given or taken by any other than the Soul who possesses it. The ability of a Soul to access and maintain The Spiritual Connection can, disadvantageously, be stifled, hidden, suppressed, or outright programmed into a state of complete stagnancy with Zero tendencies toward the appetency ingrained by the Original Plan of God.

As The Second Coming of Jesus Christ and Mary Magdalene, it is Our sole Mission and Duty to release such Children of the burden of expired social heredity, rekindle their inalienable spiritual lights, and as True Warriors of God, lead them to the Gate of Righteousness. The ensuing journey is, of course, uniquely carved by God for each Soul to undertake individually. And, again, eternal decisions must be resolved and implemented by each Soul— resolved, individually, only by self.

Only the blessed few hold the Duty and Privilege of assisting in the execution and perpetuation of this Mission. The blessed few are Souls, who have, by exceptionally advanced personal accomplishment, reaped the riches of the Earth and learned, mastered, and utilized the Law of Attraction concerning Science, Engineering, Medicine, Industry, Distribution, Communication, Business, Law, Statesmanship, and Finance; but, most importantly and of innumerable value, mental superiority and staunch understanding of the Laws of the Lord.

It now bears repeating that such riches are, in fact, of the Earth. A Soul’s riches will either be utilized for the realization of God’s Final Plan for Human Completion and Soul Survival and become the Wealth of God, ever nourishing the giving Soul into eternity, or become borrowed from the inhabitants of this World and upon one’s death pass from their temporary possession into the hands of the next Souls presented with the exact same injunction.

We have the Answers to the heretofore unanswerable questions all of Humanity seeks. Moreover, as with all the rewards in life, the seeker must be prepared to receive. The preparation of all Souls for ultimate reception of God is the Final Mission and only purpose of The Royal Embassy of Human Completion and Soul Survival. Preparation to receive God’s Final Grail and Biblical Testament and evolve from the last crude chrysalis stage of Humanity and emerge as Citizens of The New Kingdom, now, with full Alignment with God, Our Father, before Death, which is the only place to achieve admittance.

Regarding Duty, it is easy to allow oneself to receive the accolades and reassurance of one’s fellow men as it pertains to societal standards for philanthropy and moral ascendency. It is easy to seek the approval of those held in high regard on the Human Plane. The real work, the True Test, is to seek the approval of God and implement His Plan with Zero submission to the fear-mongering criticisms of those seeking the same accolades and reassurance. The solace remains not in the approval of Man but in the approval of God. A solace only found within, at night, when each Soul passes into the temporary infinity of the Ethereal Astralplane as our physical bodies rest and reset, and where we find ourselves again in the Dreamworld at the mercy of Truth.

And the Truth is that no man can grant another entrance into God’s New Kingdom of Eternal Life. God will make the ultimate decision along established lines of direct communication with each of His offspring. Our job as The Second Coming is to allow Him that opportunity, impartially, without the poisonous obstruction of the Condemned Human Condition. There is no way to mislead God. There is no way around Duty. Anyone may deceive another member of Humanity, but God sees and knows all.

The Second Book and First Parable of God’s Final Grail and Biblical Testament and introductory Transmutational Education Literature of The Royal Embassy is The Book of Death. The word “Death” is a fear to most; when, in fact, it should be the most anticipated, seriously contemplated Rite-of-Passage any Human Soul can hope to attain— the only goal of one’s life of which no obstruction can barricade. However, like any end goal in the work-a-day challenges of life, the results of the Ultimate and Final Graduation of Death Zero can either be one’s greatest achievement, or one’s eternal damnation.

God created Life to prepare the Soul for that Great Day of Death Zero and the Meeting of the Almighty. The social influence of negative thought-forces and the penetrating fears of the unworthy have poisoned the beautiful and flowering anticipation of the one goal humanity strives to attain: Death Zero—the Final Death of the Body and Re-birth into the everlasting, burden-free, painless existence of Eternal Spiritual Life. We, The Second Coming of Jesus Christ and Mary Magdalene, have returned to dispel the fear of Death and unveil the Truth behind the Purpose of Human Life, thereby effectively delivering the antidote to the Poison.

All scriptures relating to Our Second Coming, specifically Revelation, are clear as to Our purpose, even amid the many adjustments to wording incorporated over thousands of years of republications and self-serving interpretations. Such a conclusion presents the foundation for The Royal Embassy of Human Completion and Soul Survival. The Book of Death Parables are the first Parables of God’s Final Grail and Biblical Testament, and with this Declaration consequently hold the high status as the first official scientific, literary, theological, and philosophical Biblical teachings of The Royal Embassy, beginning with The Book of Death, Vol.1., Blood Sky Dawning.

The common misconception of the majority is that simple acknowledgment of God or faith or church will not only pave the rocky road to Salvation and the Grace of God but will surely guarantee an expedited pass aboard a luxury cushion to the front of the Line. Nonsense! Such delusions are but self-deceptions which negate even the least of the harsh warnings recorded in the New Testament, which indoctrinated the staunch expectations of God ahead of Judgement. God made His World with the resolve of a Final Grail established in His Oversoul and Superior Mind. He knew the exact measurements of the finest precision with Zero room for error, to be achieved by His Creations. He has thus far spent the all-of-Time working tirelessly and without weakening of energy to sift out the worthy while discarding the rest.

The all-to-abundantly favored theological adage and conclusion that “Evolution is false because God Created all” is yet another example of the self-deception of which We speak. The very existence of The Law of Evolution is more a pure trait of God than it is of His Creations; He is the Source that creates and refines in His Own Image. And refine He does. Shaving each angle and then brushing and buffing to a perfect shine, tirelessly, unendingly, until the Final Page of Life is written. The job of Humanity is to work alongside God, perfecting themselves, thereby perfecting His plan, so that the Chosen may partake in the perfect beauty of His Final Grail, which is only the beginning of Forever.

A Victorious Death is the ultimate Rite-of-Passage—if Re-Birth in the Kingdom of God is what the Soul seeks.

Next: The Royal Embassy of Human Completion and Soul Survival: Breaking through The Ceiling Floor 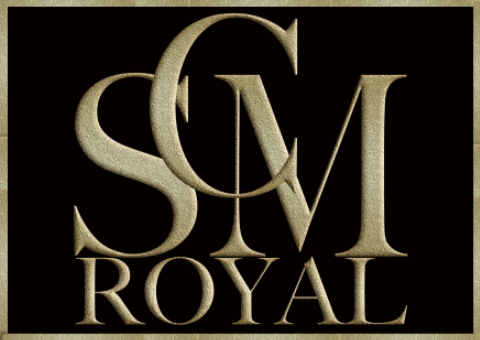